Dragomeir comes alive in a world of Urban Fantasy.  A world where Tanis Nickolai Theatra and Demios Reptillus Stag – dragon rider and his emerald dragon, along with a whole host of other dragon riders and their dragons, battle against the Demons and Dark Lords of the Provinces to keep control of Mt. Drago.  The Ariella – Mt. Drago’s Queen of the Dragons, is amassing an army including Hellhounds and The Chosen – creatures given asylum at Mt. Drago – to protect her extended family.  But Tanis is disturbed by secrets from The Ariella’s past.  How will this affect their future and is she really who she claims to be?  Find out in Book One of the Dragomeir Series – “The Emerald Dragon.”  It is available at the following link –

The saga continues with Tanis and the dragon riders as they uncover secrets that could either save or annihilate them.  In the process, they come upon new worlds and The Ariella establishes another mountain home to house  the newly acquired dragons.   The Second Book in the Dragomeir Series, “Flight of the Aguiva”, has just been released and is available in multiple formats here –

Coming soon is the Third Book in the Dragomeir Series – “Egg of the Amphitere”, which will be out later this year. Will the inhabitants of Mt. Drago be able to survive the terrible times ahead and emerge victorious? I will be giving you updates and interesting facts about the books, so if you are a dragon lover like me, I’d love for you to follow the story of Tanis and Demios.  Have a great day!

Posted in dragon books, Egg of the Amphitere, Flight of the Aguiva, the dragomeir books, The Emerald Dragon 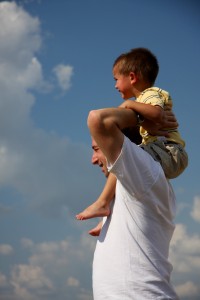 “Father!–to God himself we cannot give a holier name.” – William Wordsworth

To all the Dads out there – have a terrific Father’s Day.  Mine are grown now and have children of their own – I have  some beautiful grandchildren. Yes, they make you crazy sometimes and can be quite a handful, but they also make you very proud and bring a special joy into your life that compares to nothing else. Your children are the best gift you will ever receive. Love and cherish them as long as you can.

Where Do Writers Write? 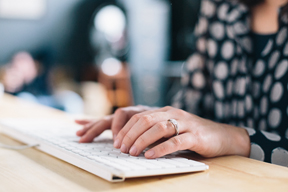 I came across a very interesting site, The Next Best Book Blog, that not only gives you an idea of where writers come up with their creations, but shows pictures of these locations. (If you’re like me, you will love being able to visualize where the creativity originates.) It is a weekly series that features a different author every week. I have always loved books, and as an author I find it interesting to see where other writers are generating their masterpieces. So here’s the link – Enjoy!

Here are a few favorite quotes about writing to help inspire writers everywhere. Whether you’re a fiction writer, nonfiction writer, or poet, these inspirational quotes on writing will put the pen back in your hand with renewed passion. So stop for a moment, step away from the keyboard, and soak in these eclectic author quotes on writing.

Heard any inspirational or funny quotes by your favorite authors?  Please leave me a comment!