← 10 Quotes to Keep You Thinking, Encouraged, and Positive
Memorial Day 2016 →

How to Effectively Kill a Demon – Dragomeir Series Novels 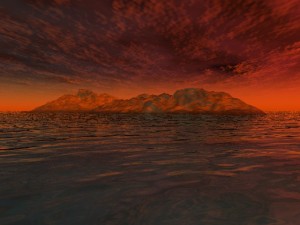 In Greek mythology, the River Styx formed the boundary between Earth and the Underworld.  The word itself meant “hate” and “detestation.”

In the Dragomeir Series– the River Styx is an important part of the story – the boundary between Earth and The Provinces of Hell.  The Demons of The Pronvices, lead by the Dark Lord, are trapped on one side and are desperately attempting to cross over to Earth.

There’s only one problem with that.   Demons have ichor running through their veins rather than blood, making the dark, acidic water of The River Styx toxic to them.  Ichor contains a property called Mercury which was purposely placed there to effectively strand the demons in the accursed land.  They are prisoners for all time for the crimes they have committed against humanity.

When a Human bleeds, the blood comes out red due to the oxygen in the atmosphere.  However, when Demons lose ichor, the color is green due to the Mercury coming into contact with ozone.  Ozone is the majority of the gas in our atmosphere.  It causes us to perceive color the way we do.  The Mercury in ichor reacts badly with the water in the River Styx causing severe burns and death.  A single drop of its water will sizzle like cooking meat and leave a nasty looking welt that can take days to heal.  Even the fumes from the water cause a bad reaction in Demons, so they dare not get too close.  As a result, most demons are terrified of the variant forms of water.

To discover more about the intriguing lands, exceptional people, and amazing dragons of these worlds you can find

Solitaire Parke is an author of Science Fiction/Urban Fantasy, Poetry and Larger World books. He is a lover of dragons, the poetry of Edgar Allan Poe, and has a large collection of science fiction books and movies. After becoming an award winning photographer and earning a degree in music theory, he worked in graphic and web design, but he always returns to writing. When he is not writing, you can find him reading, watching a sci-fi television show or movie, or researching a new “techno gadget” on the internet. He now resides in Arizona with his family and is the proud owner of Tairobi, his Manx cat, who has been an enormous help in the writing process by lying on the computer keyboard - always willing to lend a paw or two!
View all posts by solitaireparke »

← 10 Quotes to Keep You Thinking, Encouraged, and Positive
Memorial Day 2016 →

This site uses Akismet to reduce spam. Learn how your comment data is processed.

The End is only the Beginning.