This time with Creature Features I thought we’d take a look at The Chosen. They appear in “The Emerald Dragon,” and play a rather prominent role in the total scheme of things. When Tanis asked The Chosen who they were, he got back a somewhat cryptic answer. They told him, “We are called the Chosen and what we are . . . is cursed. We are the descendants of the last ruling class from the city of Tadmur. ” An unusual beginning for an unusual people.

The Chosen are the descendents of an ancient race of people that originated from the city of Tadmur, which was located in the country known as Syria. Syria is a country in Western Asia basically bordered by Lebanon and the Mediterranean Sea on the West, Turkey on the North, Iraq on the East, and Jordan on the South. Hundreds of years ago, the Capitol city of Syria, Tadmur, was abandoned due to several reasons, the greatest being an environmental one. Jeremy, the top General of The Chosen, said it was a flooding issue, but there was also an impending war that Syria couldn’t win. The ruling class made it out, but sadly they were about the only ones who did. The ruling class became nomadic and the next hundred years were not kind to them. It was about that time that the first of them contracted Porphyria, and even though they took precautions thinking it was probably airborne, it didn’t do any good. Before they knew what hit them, it was widespread. They believed it was punishment for them abandoning the city, but it was too late to do anything that could potentially regain that loss. They believed themselves to be doomed. To keep it from spreading, they stayed away from any known populace and within a short period of time they were all but forgotten.

Porphyria has several different strains, but all of them are caused by genetic abnormalities and chemically bound to the production of Heme. Heme is a vital molecule found in the liver, bone marrow and most importantly, the blood. In the end they cannot produce plasma or red blood cells, and if not treated, it can be fatal. Other symptoms that are prevalent include pale skin, extended canine teeth, pronounced cranial hair growth and the utter loss of pigmentation. Hence, they have very thick, platinum blond hair and pale blue eyes. The things that don’t show directly are enhanced strength and hyper abilities, such as augmented speed. The muscle tissue over time becomes dense, which makes it more difficult to be harmed by impacts of all sorts. The down side is that they have also become disastrously light sensitive, to the point of rapid burns if out in the sunlight.  In short, the Vampire legends were true.  Below is the Hollywood version, and then the “Emerald Dragon” version of The Chosen. 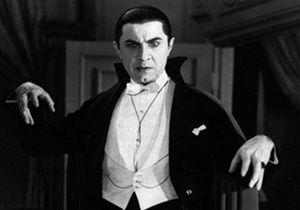 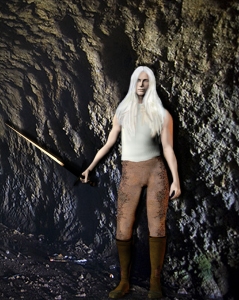 Posted in Dragomeir Series, The Chosen, The Emerald Dragon Project

The End is only the Beginning.